For the British neurologist, illness was always embedded in his stories and the patient was always a person, not a case study.

There are people you never forget for the lives they lived. There are others that are remembered in death. And then there are a few who you salute for both. Dr Oliver Sacks, the British neurologist, and one of the world’s most-loved physician-writers, who died on August 30 in New York at the age of 82, truly lived as he died: in dignity.

In his clinic, as in his books, his life was focused on “straightening the accounts” of people afflicted with debilitating brain disorders with a prejudiced world. On February 19 this year, a month after he got to know about the terminal cancer in his liver, he spent his last few months trying, as he wrote in the New York Times, to “straighten my accounts with the world”: “Now I am face to face with dying… I have to live in the richest, deepest, most productive way I can.” 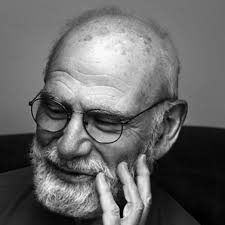 There have been physician-writers before. But few managed to juggle both medicine and literature throughout their lives. Sacks, like the Russian physician and novelist, Anton Chekhov, belonged to this rare category. But while Chekhov did not confine himself to topics informed solely by his clinical experience, for Sacks illness was always embedded in his stories, amidst the complexity of human lives, and the patient was always a person, not a case study.

As he wrote: “(Case histories) convey nothing of the person… To restore the human subject at the centre – the suffering, afflicted, fighting, human subject – we must deepen a case history to a narrative or tale.” With that prism, no one has done more than Sacks to contribute to the nascent field of narrative medicine, in which a doctors’ ability to relate to a patient’s story outranks his technical know-how.

Every book Sacks wrote were personal stories of patients: Awakenings(1973) was based on people he encountered at Beth Abraham Hospital in New York in the 1960s – survivors of an infection that made them immobile. In The Man Who Mistook His Wife for a Hat (1985), Seeing Voices (1989), An Anthropologist on Mars (1995) and The Island of the Colorblind (1997), he brought to life real-life struggles of people living with conditions ranging from Tourette’s syndrome to autism, epilepsy to Alzheimer’s, deafness to colour blindness.

To some, his intense empathy for his patients came from his own personal struggles – an abusive boarding school, a brother with schizophrenia, battling prejudices against homosexuality and transition into celibacy in midlife – that led him to find new meaning in “the human, the personal,” beyond “the neuronal level.” On February 19, Sacks bid the world one the most “human and personal” goodbyes one can recall in recent years, looking at his life “as from a great altitude,” intensely alive to the need to “say farewell” – not without fear but with a feeling of gratitude.

Remember Steve Jobs’ Stanford speech in 2005, right after discovering his pancreatic cancer? “No one wants to die. Even people who want to go to heaven don’t want to die to get there. And yet… No one has ever escaped it, and that is how it should be, because death is very likely the single best invention of life… It clears out the old to make way for the new.”

Sacks, too, has left a heartening message on this ultimate rite of passage: “I have loved and been loved; I have been given much and I have given something in return… Above all, I have been a sentient being, a thinking animal, on this beautiful planet, and that in itself has been an enormous privilege and adventure.”

Thank you for sharing the thought, Dr Sacks.